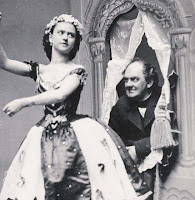 As the late, great American showman P.T. Barnum once said: "There's a sucker born every minute."

Within the next few weeks, Americans will likely learn whether union bosses will succeed in suckering 60 senators in the U.S. Senate to back the maniacally-monikered Employee Free Choice Act (EFCA).

As written, EFCA is the union-backed bill that strips workers of some very fundamental rights and, as a result, should really be called the "Trick 'em & Trap 'em in a Union Act".

Under the Trick 'em & Trap 'em Union Act (EFCA), unions can mislead a simple majority of workers into signing their rights over to a union, and unionize them without the workers learning that they've been duped until after they've been unionized.

As a result, unions will be unrestrained in their ablity to make promises and even lie to workers in order to get signatures from a simple majority of employees and then unionize them without them voting in a secret-ballot election under the Trick 'em & Trap 'em Union Act.

Following employees' no-vote unionization, the Trick 'em & Trap 'em Union Act (EFCA) mandates that binding arbitration can occur a mere 120 days after the union and the employer have begun negotiations for a first contract.

Once a government bureaucrat imposes a contract on the employer and the employees, they are trapped. The employees, if they do not like the contract, must live with it for a period of two years. The majority of employees will be required to pay union dues or be fired under this scheme if they live in one of the 28 states without "right to work laws."

In fact, one of the most overlooked rights that employees will be losing under the Trick 'em & Trap 'em Union Act is the Right to Strike.

Under this bill, employees will be trapped all the way around. Their only recourse will be to quit their employment (at least until the unions get an employee's resignation to be ruled illegal as well).

From a practical standpoint, it is very easy to see how the Trick 'em & Trap 'em Union Act will work:

Imagine Bob, a forklift operator in a small, 20-person company. On a Friday afternoon, Bob and his co-workers get invited to a pizza party down at the union hall. A dozen employees (out of the 20) attend.

Between slices of pepperoni and sausage, Bob and his co-workers are asked to sign up to get information from the union in the mail.

"Hey," says the union organizer, "we think you guys are underpaid and should be making twenty percent more than you do now. If you sign this, we'll send some information to you in the mail and you can talk it over with your wives and get back to us."

Eagerly, 11 out of the 12 fill out the union's authorization cards and sign them. Actually, all 12 signed, but the twelfth signature is illegible due to a pizza-grease smudge.

On Monday, their employer is notified that the employees are unionized and that negotiations must take place within the next 10 days.

One-hundred twenty days later, the employer and union, still having no agreement, go to binding arbitration. Shortly thereafter, Bob and his co-workers learn what they "got" in their new union contract.

Their contract resulted in them receving a three percent wage increase instead of the expected 20%, but their union dues are two percent. Instead of keeping their 401[k] plan, the arbitrator forced their employer into an under-funded union pension plan. Bob, because he was expecting to retire in four years, will not be able to, since (in addition to it being billions under-funded)there is a five-year vesting period in the union plan.

Bob and his comrades are, needless to say, upset. They've been duped. They decide to strike.

"Not so fast," says their union business agent. "If you strike, you wil be fired because we have a no strike clause and it would be an unsanctioned strike."

Bob and his friends are stuck. Their only option is to quit.

Those are the practical implications of the Trick 'em & Trap 'em Union Act, otherwise known as the Employee Free Choice Act.

Like P.T. Barnum said: There's a sucker born every minute and, sadly, America's leaders are falling for the greatest union swindle of all time.
Posted by Dienekes at Sunday, June 14, 2009