Purple Reign: The Hypocrisy SEIU Foists on Thee & Me

As Congress debates the misnamed Employee Free Choice Act, the bosses of one of the largest unions backing the bill 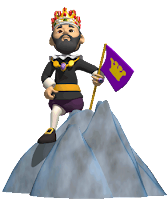 (the notorious Service Employees International Union) is engaging in the very tactics they claim EFCA is designed to protect workers from.

Indeed, bloggers at the Truth About EFCA point to an editorial in the Daily News, which states:

The Service Employees International Union, a strong supporter of the so-called Employee Free Choice Act, would appear to be having second thoughts on a key provision of the bill — allowing workers to join a union solely on the basis of signing a petition. Los Angeles Times writer Paul Pringle reports that the SEIU is challenging a rival union’s attempt to represent nearly 100,000 SEIU members. SEIU officials don’t believe the petitions are an accurate representation of what its members want. They want the federal government to throw out petitions signed by those members, which would block an organizing election.

The SEIU’s argument for federal intervention is particularly ironic. It maintains that the nearly 100,000 California members who signed cards indicating their wish to be represented by the National Union of Healthcare Workers may have been subject to intimidation by NUHW organizers. This is the same reasoning used by opponents of the Employee Free Choice Act. They contend that elections by secret ballot are necessary because workers can be pressured by union activists into signing authorization cards.The irony isn’t lost on NUHW Vice President John Borsos, who told Pringle, “The SEIU is advocating free choice for every employee in the United States, unless you’re an SEIU member." [Emphasis added.]

Union hypocrisy has exposed the simple fact that, once again, the union emporers (like those at the SEIU) are not wearing any clothes. They want rules that apply to everyone else but themselves.

For more about the job-destroying Employee Free Choice Act, go here and here.
Posted by Dienekes at Tuesday, June 30, 2009