Card Check Lies and the Lying Liars Who Tell Them

From the Truth About EFCA blog: 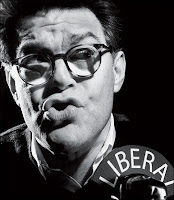 OK, that title was borrowed from the book by now-Senator Al Franken. But it’s a good title to kick off what is a sadly continuing discussion on just how far proponents of card check (in the form of the Employee Free Choice Act) will push the bounds of honesty. So far, it appears they will seek or surpass those bounds with vigor.
The latest salvo comes from the Service Employees International Union, which is demanding Nebraska television stations stop airing an anti-EFCA group’s educational advertisement. The union’s lawyers say claims that EFCA will effectively end secret ballots — which it effectively does — are ” demonstrably false.”
Hmm. That’s pretty strong language. That would require, we imagine, a pretty strong factual case and, most likely, a finding by a court. Funny thing, then, is that history shows us courts have specifically found these claims are not false.
So SEIU’s claims of “demonstrably false” claims are themselves "demonstrably false.”
Then there’s the AFL-CIO’s Stuart Acuff going on television and misleading viewers when he said EFCA’s effective destruction of the secret ballot is untrue and that “The Wall Street Journal has said that that is a lie.” Again, “demonstrably false” as the SEIU, which had again stretched the truth. In fact, the newspaper took the rather extraordinary step of writing another editorial just to correct the union and those following its misrepresentations:

These guys must really be desperate. As we’ve written many times, “card check” effectively ends secret-ballot elections because it would allow labor organizers to automatically organize a work site if more than 50% of workers sign an authorization card. Thus our words: “dead letter.”

Obviously, EFCA is crucial to a handful of top union officials, who see billions of dollars in potential revenue by denying employees a private ballot to vote on whether they want to join a union. But we’d think they’d be a little more careful when throwing around loaded terms — because like a grenade with the pin pulled, the explosion can hurt the one throwing the bomb.
We’d be happier if everyone stuck to the truth. Of course, that’s an advantage for opponents of EFCA since the truth about EFCA is pretty powerful.
Posted by Dienekes at Sunday, July 12, 2009