TRUCK RAMS TEAMSTERS HALL LOOKING FOR CASH BUT THE MONEY WAS GONE! 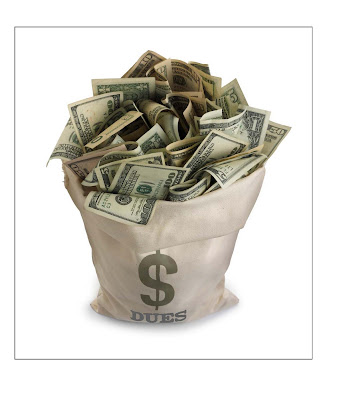 According to the Grand Forks Herald, a red stolen pick up truck smashed into a Teamsters hall looking for loot. Unfortunately, according to Teamsters boss Dean Cypher, the cash registers had been emptied earlier.

Teamsters President Dean Cypher said whoever did it was looking for money, but didn't get any. He said cash registers inside the building were smashed, but they had been empty.

Cypher said the red pickup was sticking out of the building when he got there after being called by police.

He said, "all the registers are toast, but we do have the guy on video," because security video got a shot of the suspect.

Ok. Here's the question: Why would a union hall have cash registers?...Except, perhaps, to make change for workers when they go to the union hall to pay their union dues.
Since the union caught the perpetrator of this almost-heist on tape, perhaps we'll learn more soon. Afterall, as the saying goes: It takes a thief to catch an almost thief.
Posted by Dienekes at Wednesday, July 22, 2009